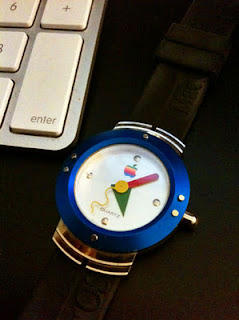 There's been no shortage of eulogizing on the passing of Steve Jobs. Sweet, touching graphics, long essays ruminating on who he was and what he did. Though it may be a sad reflection on my increasingly juvenile worldview, my favorite was the Onion's "Last American Who Knew What the Fuck He Was Doing Dies" Somebody visiting from another world might wonder why we openly grieve for a CEO. Fair question. I doubt Bill Gates will receive the same send off when his time comes. In some ways that would be a shame. While Microsoft will best be remembered for making most people's lives miserable, Mr Gates has contributed billions to charity and medical research. Steve Jobs will certainly not be remembered for his charitable giving.

So why am I writing this? Simply put, I wouldn't have the life I have if it hadn't been for him. It's not that I couldn't live without my iPhone, iPod, Macbook or any other gadget. It's not the gadgets at all. It's the idea, from back in the 80's, that the potential of a technology, could be given to everybody and could be made usable by everybody and doing that, would change everything.

Without that leap, in 1993 I wouldn't have had a computer in my house that could communicate with other computers over the phone. If those machines hadn't become commonplace, the software that Tim Berners-Lee designed (on a NEXT computer - Steve Jobs again) for sharing complicated physics papers over the internet wouldn't have been released as open source, and the web never would have been born. Without the web and a computer I knew how to use, I never would have learned html, css, php and all those things that have rendered me a social outcast, I never would have shifted careers from the theater to web design.

I loved my days in the theatre but I love what I do now too. For 14 years I've owed my career to Steve Job's simple yet so hard to make real idea that the things around us could be made better and as a consequence of that, everything could change.

When Steve Jobs came back to Apple they launched the "Think Different" campaign. People kept making fun of Apple, pointing out that it should have been "Think Differently". How could such a clever company make such a dumb grammar mistake? They never got it. It was intended to be an adjective, not an adverb. It was intended to let you know that this thing that Apple was going to sell you was going to change things. From that day forward things would be different and things would be better. More often than not, he was right.

Thank you for that Steve.