Showing posts from June, 2017
Show all

Magic. Before I flog that metaphor to death, I should say that Hawaii wasn't paradise. It's a conflicted place filled with a wide array of people who have some ownership of the place but can't entirely agree on what it should become. But it wrapped us in its arms and welcomed us and there was something. What was that magic? Was it any different than what others feel when they come here? Maybe it was as simple as experiencing something new in a place we've never been. We've never thought of ourselves as typical tourists, I suppose nobody does. People come here with nothing but a plane ticket or reservations to to the finest resort the world has seen. Does that change anything? Just because you arrive on a cruise ship or spend your evenings at a five star resort doesn't mean your experience of a place is any better or any worse than ours. When Carolyn and I traveled together in the past, we tried to avoid the "tourist experience" unless that was the
1 comment
Read more

Hawaii Part II - Getting There 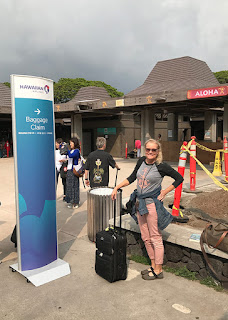 As we waited to board our flight at PDX I took stock of our fellow passengers, most of whom were in search of something similar to Carolyn and me. The couple that stood out the most had matching t-shirts. One said "Beauty" on the front and "20" on the back. the other said "Beast" on the front and "12" on the back. It must have been their 5th anniversary and they were wearing the shirts to celebrate which was sweet. The problem was they kept standing wrong so the backs said "1220" and the fronts said "Beast/Beauty". I wanted to get them to switch positions but Carolyn kept stopping me. I'm just glad they didn't sit in front of us because you just know they were going to sit wrong too and my vacation would have been ruined. If you've never been to Hawaii before, the differences from traveling to any other state will be apparent even before you land. The first thing you'll notice is you're on a plane for 6 h
1 comment
Read more 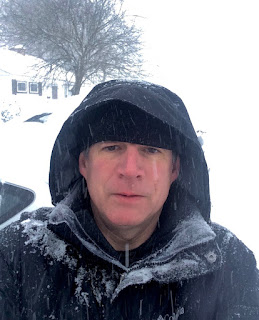 This is a year of great portent for Carolyn and me. All kinds of things lined up. It's our 30th anniversary! Actually, it's the 30th anniversary of our first date which turned into a sleepover which turned into nightly sleepovers which turned into moving in together which turned into buying a house together which turned into buying another house together and breaking out in cats, which is pretty much where we are now. Exactly in the middle of those 30 years we got married. It was sometime in July, we have it written down somewhere. That's not to say we take the marriage lightly. It means a great deal to us, though for some reason, we aren't getting the spouse's discount on rental cars that I thought came with the package. Anyway, 15 years of being bound in matrimony this year too. It's also Carolyn's 65th birthday, which is maybe the biggest deal. Oh, and there's a solar eclipse in August. If you're big on numerology and signs from the Heavens, this
4 comments
Read more
More posts