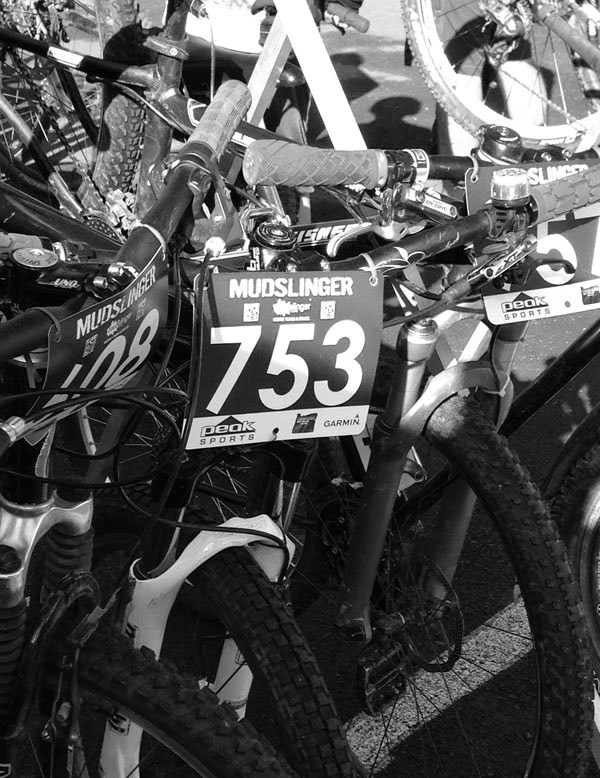 I know! When was the last time I did a bike race?

In case you were wondering,  I'm not going to seed. I've just been busy. In February I got a personal trainer through Linfield. Senior Exercise Science majors need crash test dummies and the college has an army of 50-something staff desperate to recover some shred of their misspent youth. Ellie, my trainer, has performed minor miracles working on me.  I've dropped about 5 very stubborn pounds, my posture is better and I think throwing a medicine ball on the floor as hard as you can in an empty racquetball court makes the most satisfying sound I've ever heard. On the other hand, making a 55 year old man do Burpees with pushups in the middle might be considered elder abuse but maybe this is just what getting old feels like now.

Then there's the deferred maintenance on the house. Since last July we've installed a heater/exhaust fan in the downstairs bathroom, repainted said bathroom, replaced a rotted support post on the front porch, repainted parts of the outside of the house, rearranged the living room, moved all the track lighting, and just a few weeks ago, we replaced the water heater entirely by mistake! A few hours after we did, we fixed the broken pipe in the wall right next to the water heater that rained gallons of water down into our kitchen and nearly blew up the service panel. Yes, our water heater is on the second floor. Above the service panel. No, I don't know who thought that was a good idea. I'd love to have a chat with them. Now we have a new, better hot water heater. It has a digital control panel. I'm not sure why. All my life water heaters have been monolithic white cylinders with one pipe going in and one going out and a power source and they just sat there heating water up. Now it has options. It boots up. It runs a diagnostic routine. It has a mind of its own. That's been happening to a lot of our appliances. Sadly, like their human overlords, as they get older, dementia sets in. Our oven keeps locking and running the self cleaning function for no reason. Our fridge stopped making ice 5 years ago and only dispenses water that smells like sewage. The dishwasher randomly misses rinse cycles leaving us with frosty white, kind of salty glasses that might be good for margaritas but really make wine taste bad. So far the dryer's hanging on so yay for that.

Last Sunday I drove down to Blodgett and lined up for one more Mudslinger. It was a gorgeous day, a short drive and I had to know I could still do it. This was the 20th year Mike had been putting it on and his messages leading up to the race implied that it might be the last year he did it in this location. He also warned everyone that it was a weird course this year. The race is run on 70,000 acres of Starker Forest land and following a big ice storm last November, most of the trails were closed for salvage logging and some trails were simply gone as new access roads went in. It was a shorter course with 700' less climbing and a lot more fire roads. It sounded pretty perfect to me.

Sappo Hill's racing team dissolved this year, most of the fast riders signed up with another sponsor and they're focusing on road racing so I was back to being a free agent. On the one hand, it was nice to be able to wear kit I liked, on the other, I'm back to being sort of a non-entity in the racing scene. I thought I would feel bad about that but actually, it was kind of nice to keep to myself.

As the day warmed up and my wave took off, I couldn't help feeling sentimental. It was a good turnout with lots of new Cat III racers, which was great. But I was struck by how few people I actually recognized. Whole teams like Pistis and Sappo Hill were gone. Cat I racers I'd seen at the starting line for years were missing.  There was a clear sense of time moving on. The first 3 miles of the race was a road climb so there was lots of time to think about that. As soon as we turned onto the Super Tree trail, I realized I hadn't been on single track since 2014 so I promptly crashed into the bushes.  The sad, tinkly piano music playing in my mind was replaced by actual cracking branches and squealing brakes.

It's like a yearly right of passage: go to Blodgett, crash in the mud, get on with my life.

About the time I settled down and got used to riding on muddy trails, the Cat III's were diverted for the short course and the rest of us started a couple miles of stupidly steep road climbing. I actually felt pretty good. One or two people overtook me but we all stayed pretty close to each other until Mike sent us up this awful trail straight up the side of the mountain. I could barely walk up it and my bike kept packing up with clay so I had to stop several times to clean it out just to keep it rolling. I lost a lot of time there and had far less company for the rest of the race.

The course eventually topped out on a pretty new trail Mike had cut that had some beautiful views of Mary's Peak. I was surprised how far away it was. I rode part way up it during last year's Test of Endurance. I've raced all over the woods between that mountain and where I was currently riding. I had just never seen it all from above before.

I passed the aid station and started down a string of crazy fast logging roads. Mercifully, my brain stopped playing "The Way We Were" over and over and replaced it with The Ting Ting's "Supercritical Girl" which, I have to say, is a way better song to fly down dirt roads to. I figured out I was going down the long climb out of the halfway aid station from the Test of Endurance which created an odd sort of vertigo, riding the wrong way on a road I'd raced on maybe five times before. On the other hand, I knew exactly what the rest of the course was like and going down it was far more enjoyable than going up it. It was going to bottom out along the Marys river, bump along a sort of false flat and then Mike was going to send us on a hard left up four nasty steep hills. I used to dread those things but I've climbed them so many times I kind of got to like them. They're steep and they mess with your head. They level out and then another comes, then another, then another. But they're short and they're not as bad as they look. Because you descend a bit before you hit them, they seem like walls. I saw riders ahead of me walking. I stayed on my bike and overtook a couple before we topped them. Little victories. We turned on to Panama Canal, the last trail on the course. I fumbled through the rooted top section and settled in for the slippery trip down the rest of the trail. The bottom of Panama Canal is this complete mud pit close enough to the road back to the start that lots of people hang out there to see everyone wipe out. The racers tend to push it a bit more there because there was an audience and you knew you were just a few easy miles from the finish. It's about a mile of trail that really was the signature of the race.

And it was gone. The trail dumped on to a new road. I actually stopped at one point, thinking I had missed where the trail picked up again but no, there was the pink ribbon on a tree and plenty of tire tracks ahead of me.

The course eventually picked up what I think was the very bottom of Panama Canal, maybe the last 50 yards of it, but it didn't feel the same. I popped out on the road and sprinted back to the finish.  I finished pretty far off the front but better than I've finished for the last couple years. 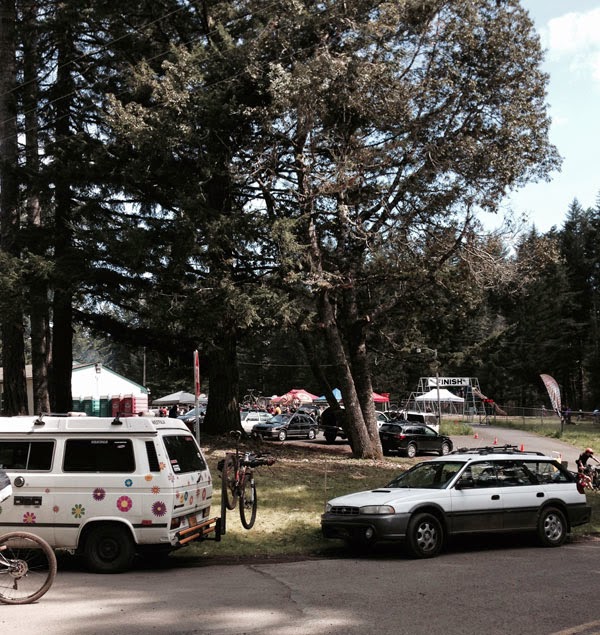 I hung around the Blodgett Elementary School talking with Tom Keller and soaking up the ambiance. He's a better racer than I am by several orders of magnitude, but he's always happy to see me and the feeling is mutual. It was sunny, warm, and I was hard pressed to think of any place I'd rather be. A little school on the edge of a big forest, packed with bike racers.

Today I stapled my 7th Mudslinger number plate to the wall in my shop. It's never been my favorite race. It's tough. It's both physically and technically demanding. It's usually cold and rainy. It always trashes my bike, and I've never even come close to doing well at it. Still, it has a special place in my heart. It was the 3rd race I ever did back in 1988. It was the race I did the day before the biopsy that let me know I had joined the cancer club. It's the race I always come back to. It seemed so fixed. But nothing is permanent. What this race was, what this moment was, is going away.

The answer to the question I asked myself at the outset: Can I still do this? is "Yes." What "this" is, is changing though. Maybe it will change to something I'm better at. One always has hope!