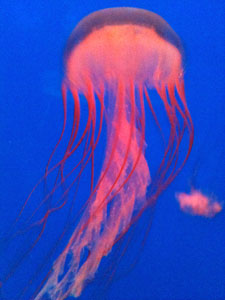 I'm ensconced in the exquisite art deco bar of the the Netherlands Hotel in Cincinnati on the last night of the High Ed Web Developers Conference. I was going to call it an early night but I wasn't quite ready to shut myself in my room. With something like 600 of us in this hotel, I don't feel slightly embarrassed to have the laptop open in the bar. Everyone else is doing it. It's sort of like a geek nudist colony where you can let your technology hang out instead of your privates. It's strangely liberating. You should try it.

For someone who makes their living on the web, I'm really kind of a Luddite these days. I still have a land line. We don't have television. I own a tractor. We heat our house with wood. I cringe at the advent of a new standard or media type that I'm going to have to pretend to understand. But 24 hours at this conference and I've fired up Tweetdeck again and I'm lurking on the backchannel and even occasionally tweeting as if I have any business playing in this particular playground.

But I do have business here. This is a family to me, of sorts. The faces change a bit over the years and it's an odd bunch of people, as most families are. But they are amazingly kind and welcoming and unbelievably interesting. Tonight I talked with Tony Dunn from UC Chico* about life after redesign and spent time talking with a colleague about the agony of dealing with sql injection attacks and sanitizing data inputs, and then I got to pet a shark at the Newport Aquarium (Are all aquariums called "Newport" or is it a franchise?). That happen to you lately? I didn't think so. The whole experience is a bit intoxicating. OK, there is alcohol involved. These people blow off some serious geek steam in the evening. But it's not like your typical conference scene. People are engaged with each other. They listen. And they care for each other. We walked to a restaurant a mile or two from the hotel with one person guiding us using voice navigation GPS. On the sidewalk. You might think that a bit geeky and you might be right but that same person noticed a few people had fallen behind on the walk home in the dark and went running back to find them. Who would you want guiding you around a strange city?

It's kind of a cliche´to describe us as socially awkward and I don't think it's true. OK, I did just get a tweet; "we are nerds among nerds", but ignore that**.  For those that haven't been lucky enough to experience this, you don't know what you're missing. We listen to you. Just don't mention drop shadows. We don't like drop shadows. 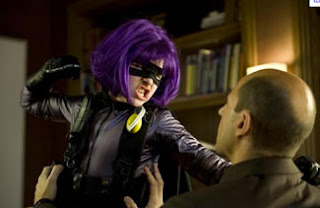 So before I get on the plane tomorrow, I wanted to give a shout out to all my friends at HiEdWeb. Thank you for listening while I overshared. Thank you for being interesting. And thank you for recharging me for another year of tilting at the windmill of college web. To steal a quote from "Addams Family Values"; the greatest movie ever made until "Office Space" (which may have just been dethroned by "Kick Ass"). "I'll never forget you. You're too weird".

Safe travels my friends. See you next year.

*I knew it was Chico Tony, but I was jet-lagged and drunk on Mondavi Cab and feeling so ashamed. I wasn't thinking!

**The conference went over to the Hofbrauhaus beer garden after the aquarium and I've noticed the tweets are far less frequent but much funnier.